What Is a Neuropsychologist?

A neuropsychologist is a licensed clinical psychologist with extensive training in neuroscience, neuroanatomy, and brain-behavior relationships that is in addition to their other training.  What makes an assessment “neuropsychological” is not the tests used, but the doctor who performs the evaluation.  (See also “What is a Psychologist?”)  Look immediately for the “Ph.D.” or “Psy.D.” after the name when someone is claiming to be a psychologist or neuropsychologist. Then look for a license number issued by the CA Board of Psychology (PSY followed by a 4 or 5 digit number).

A doctorate in psychology and a Board of Psychology license are the minimum requirements for calling oneself a psychologist and neuropsychologist.  Those of us with the actual credentials are extremely wary (and also a bit tired) of those who call themselves psychologists or neuropsychologists without a doctorate (in the medical field it would be the equivalent of a nurse practitioner claiming to be a pediatrician or neurologist).  Even though the term “psychologist” is protected by CA state law, it will not be until the American Psychological Association, in concert with the legal system, finally cracks down on the abuse around the title “psychologist” that the confusion will hopefully end.  Until that time, it is often unfortunately up to the consumer to discern the difference.  To that end, I have provided this information in the interest of public education and awareness.

CONSUMER ALERT! Master’s level school psychologists are now touting a vanity board designation in “school neuropsychology.” Be aware that this is a rogue board that is not recognized by Division 40 (Clinical Neuropsychology) of the American Psychological Association.

The What & Why of Psychological Assessment 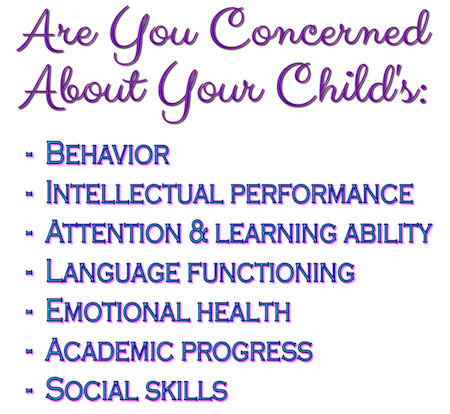 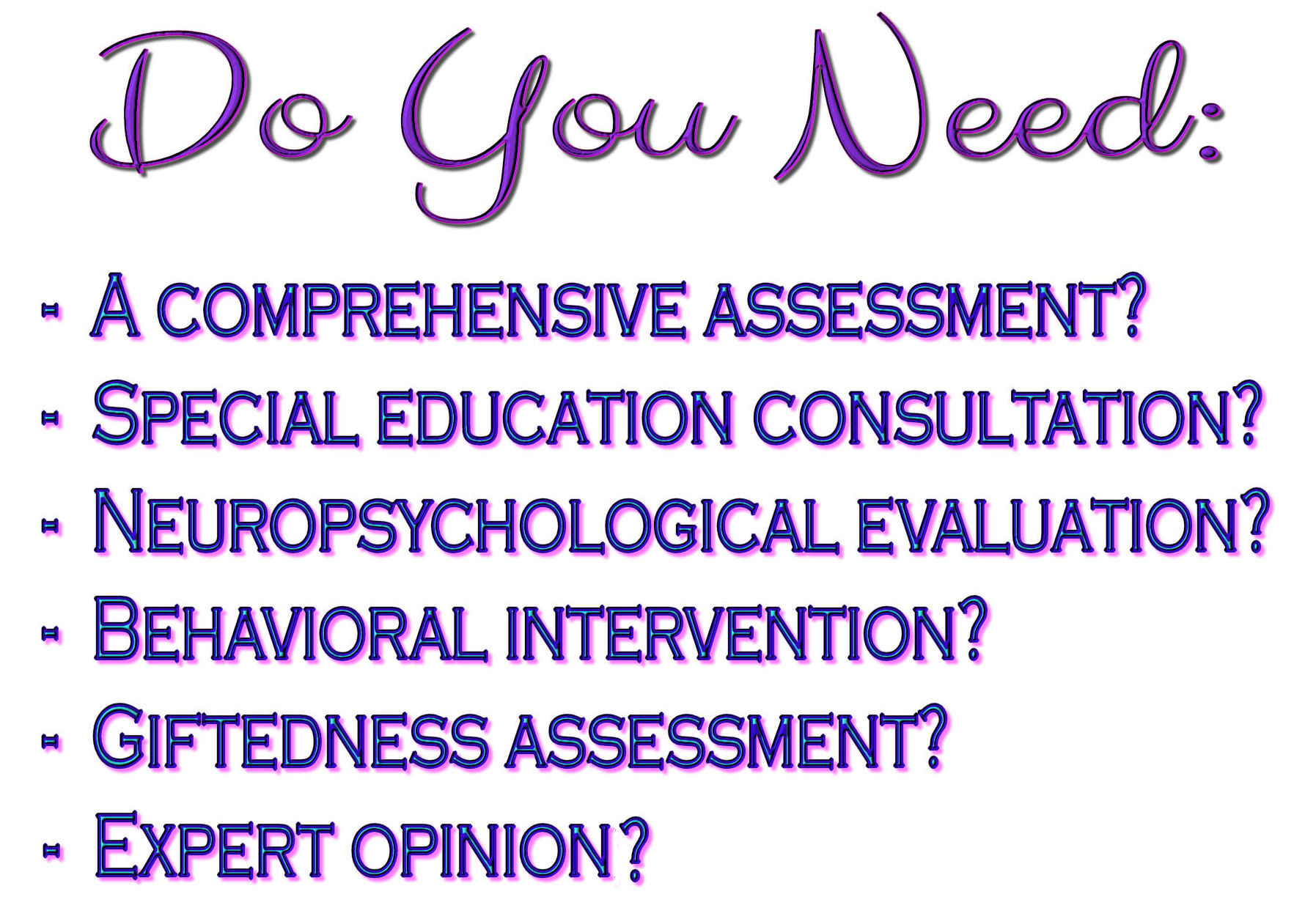 It’s been a year since J. was assessed by you and I wanted to write and thank you again and give you an update. Thanks to your clinical skills J. is now flourishing not only at school but at home as well. We still have a ways to go academically, but he’s made significant progress rather than continuing the pattern of falling further behind.